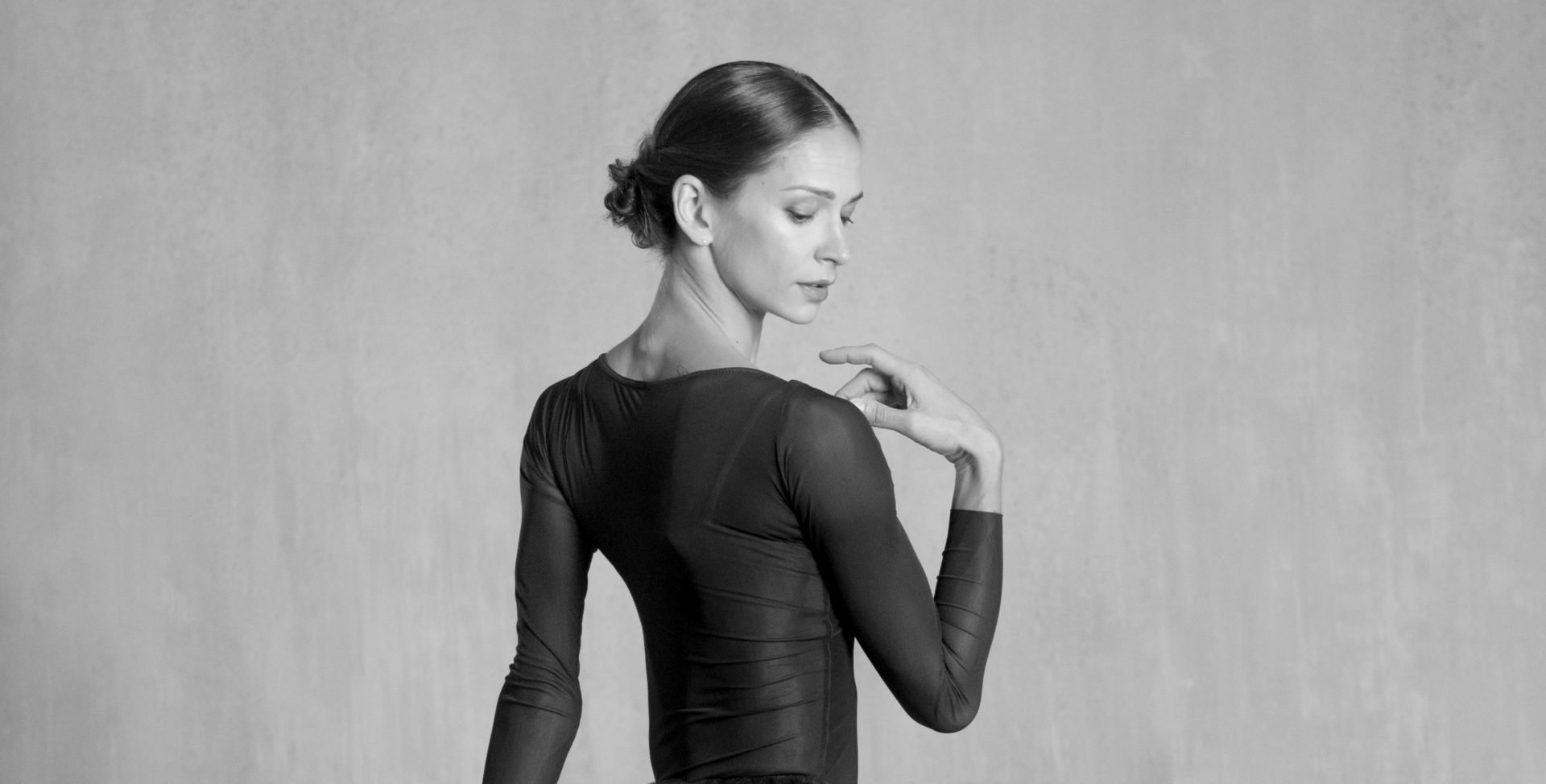 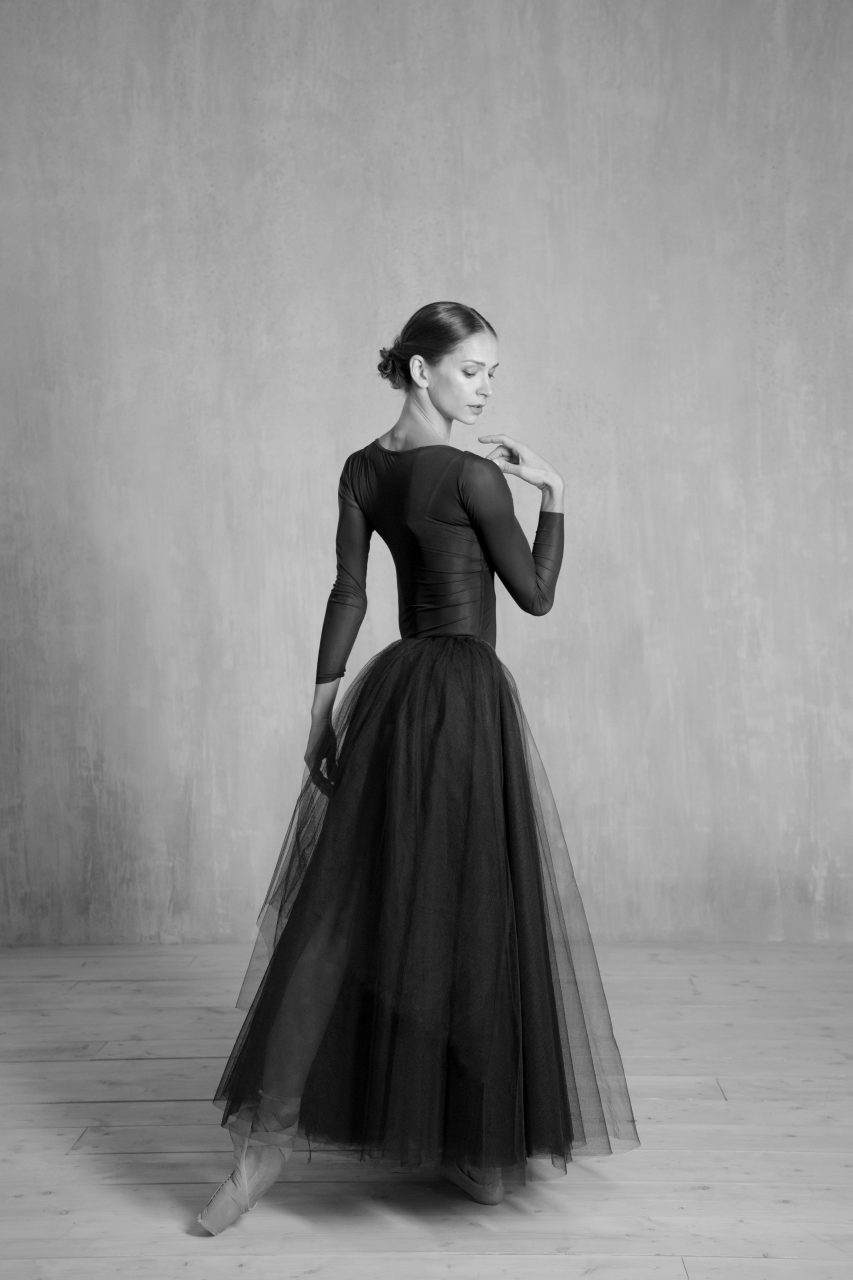 A graduate of the Bolshoi Ballet Academy was not afraid to make a fateful decision 15 years ago and go to Berlin at the invitation of Vladimir Malakhov. Someone says that Russia then lost the future prima ballerina, but it seems to me, on the contrary, because no one knew how Polina’s career would develop in the Bolshoi Theater, whether or not she would have such a development that Malakhov gave her. 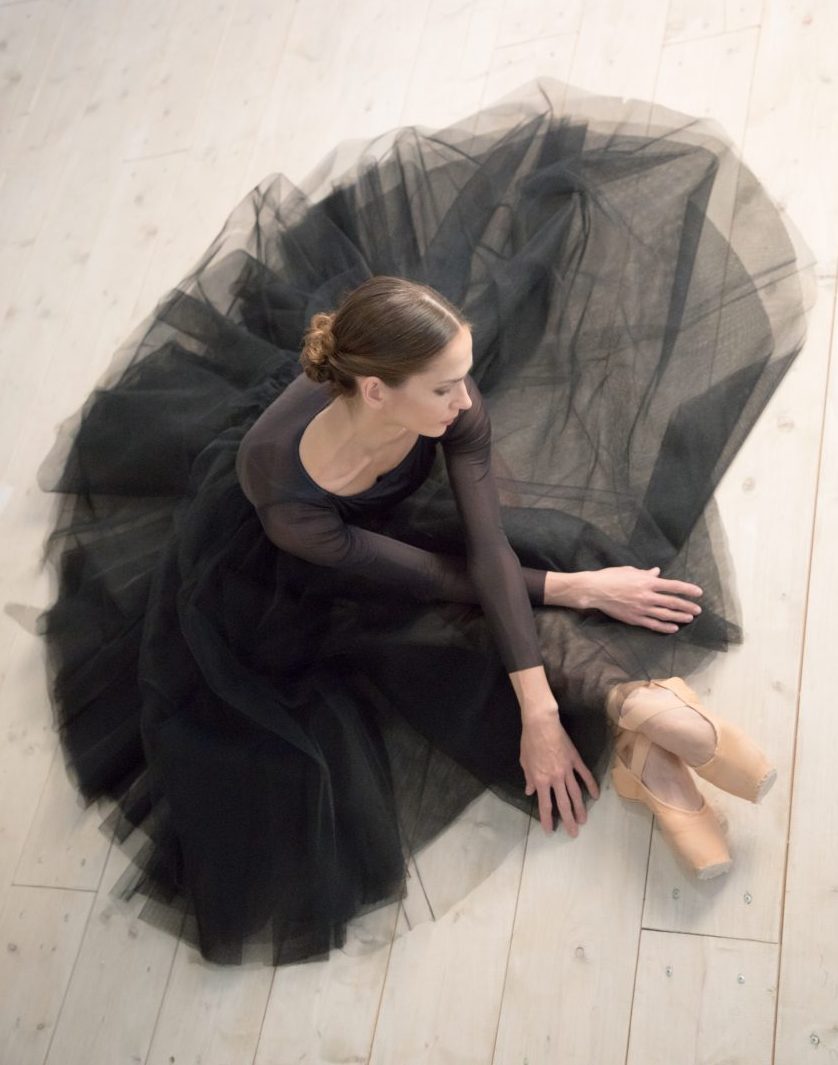 No one doubted that she would manage. Even in school, classmates celebrated her iron character and cold restraint. Ask anyone who met Polina in Moscow while she was studying, and everyone will tell you: “Polina made herself with hellish work.” She had to prove her right to be in this profession from her childhood. At Sophia Nikolaevna Golovkina she initially was admitted to the experimental class, because they did not see the ballerina in her. Polina scrupulously created herself in the hall, working with the teacher Yuri Vasyuchenko, who rehearsed with Polina a lot, went with her through important contests and, probably, had the greatest impact on her development at the beginning of the journey.

“It’s been 15 years since I graduated from the academy, nevertheless this segment of eight years is felt longer, heavier and more weighty than the rest of the time,” says Polina, recalling the academic years.

I think the whole world learned about Polina at the Moscow Ballet Competition in the Bolshoi Theater, where the second-year student danced a black pas de deux from the Swan Lake, as a true prima ballerina. I saw this performance. Indeed, it was something incredible, even then she was able to hypnotize the audience.

Then there was a contest in Nagoya, after which Maya Plisetskaya herself spoke about Polina: “A wonderful girl from the Moscow School. Very beautiful long arms, a wonderful shape. In general, everything is in place, starting with the brains. Just 17 years old, but dancing really cleverly. I think we need to wait for her great future.”

And today we are seeing this great future. She has fans all over the world, that come to see her performances from different countries, she’s a guest star on all the world’s stages. 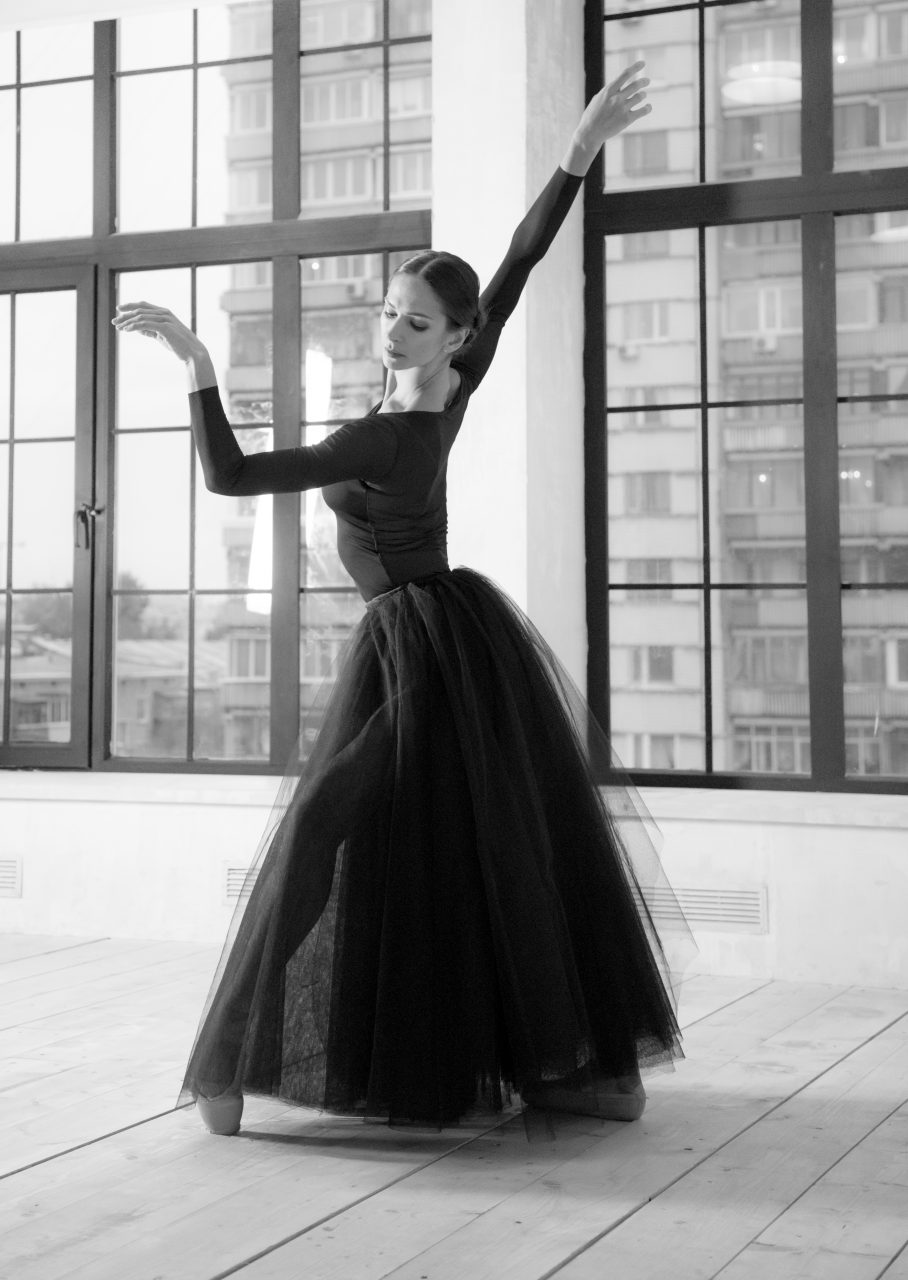 We met with Polina in the State Kremlin Palace, where she came to dance La Bayadere in the framework of the Kremlin Ballet Festival.

I really wanted to know Polina as close as possible, she supported me in this idea, and we spent three days together. I was with her behind the scenes during the performance, at the rehearsals, in the ballet class and tried to figure out how, after going through such a difficult path, she remained so open, simple and modest. Polina is a real star on the stage, but in the dressing room and behind the scenes she is not a “star” at all, but a nice person who does not neglect the word “thank you” to everyone who is in touch with her, she is attentive to people, constantly smiling, in her actions takes some significance, as if in her life there are no ordinary moments and each one is special.

When you look at how she dances, you can not fail to note the fact that the manner of the execution remained Russian, which is also surprising, considering how many years she worked in the west. I asked Polina about this: “First of all, the Russian soul, which has not gone anywhere. I really love, appreciate and constantly return to this: to Russian literature, painting, nature. It seems to me that this is the Russian soul in everything, there will be nothing more native. I really love and appreciate the Russian school, the Russian ballerinas, we have grown on this, and for me, they remain beloved ballerinas. I’m so… Russian (smiling).”

Now Polina has a new period, she has recently become a mother, and now “everything is different.”

“It is not easy to combine motherhood and stage activities. Of course, one could leave the child with someone and go to the gym to rehearse, to Pilates, which I really need to get into the form, but I can not even imagine it. Sincerely I can not. I can not leave a child to be raised by someone else because I want to enjoy these moments, which pass so quickly. When he’s so small when he needs a mom every minute. At this time, in the first years of the child’s life, of course, the mother is more prevalent than the career. But I quickly returned to the stage, began to study when Adrian was two months old and came on stage when he was four months old. Physically, I felt that it was early, the body did not return to the same shape. But I specifically wanted to return earlier, so that this break does not become more and more impactful. Because it will not be possible to return to the stage immediately in the form in which I left, this requires an adaptation.”

Once in a German newspaper published an article in which it was said that people like Polina are born every 100 years: “It bears within itself the spirit of the age, the notorious aura of an era that can not be explained in words.” 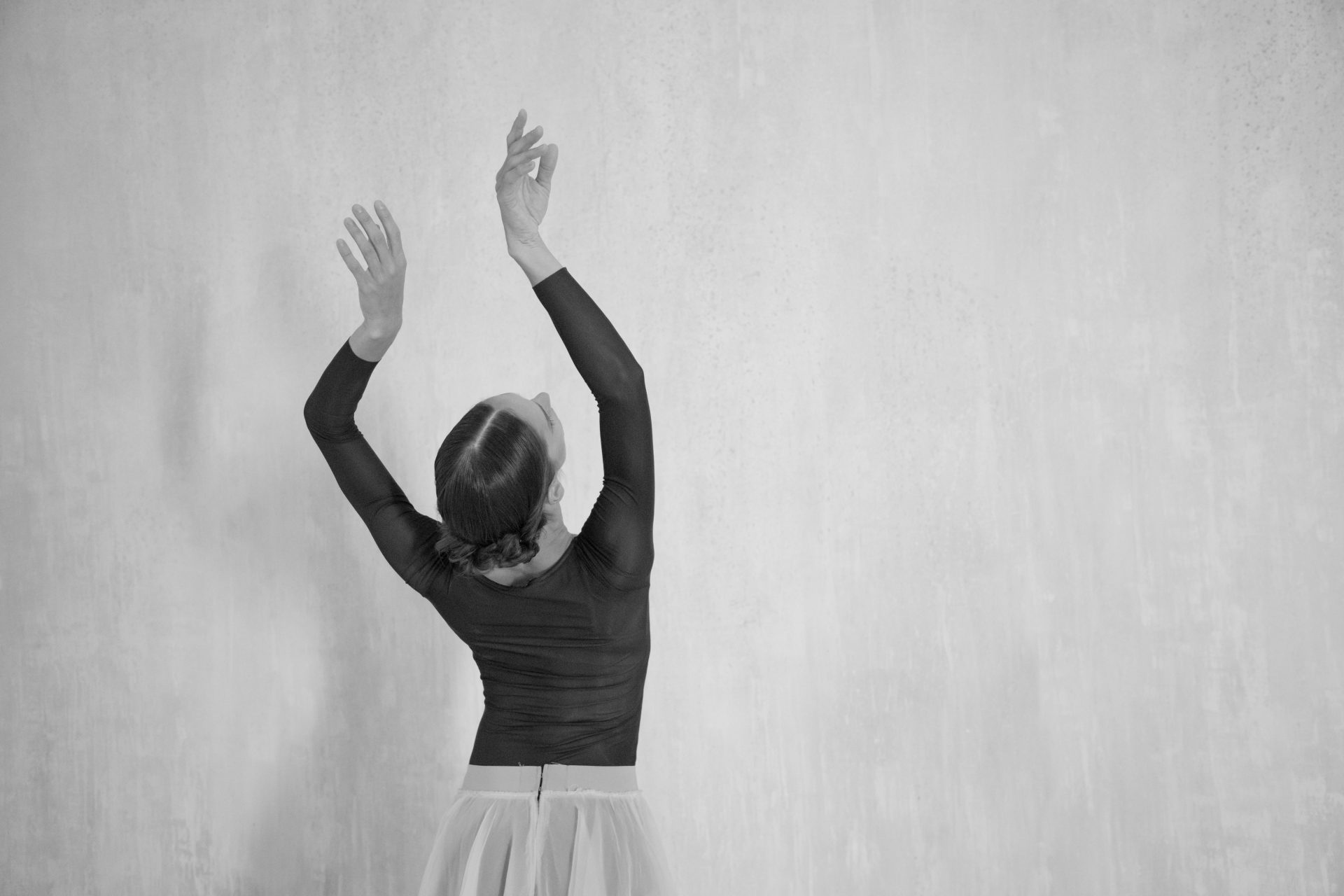 Indeed, there is something in this ballerina that is unreal, which gives her so much. When you communicate with her close, there is a slight internal contradiction: the goddess and just a girl, prima and mother, aristocratism and simplicity, strength and fragility.

I tried to reflect this in two video stories. The first part is filmed behind the scenes, in the atmosphere of the work process. In the second part, I tried to reflect Polina the way she is in life. In this video, the Honored Artist of Russia, the conductor of the Bolshoi and the Stanislavsky and Nemirovich-Danchenko Music Theatre Anton Grishanin took part as well. We are honored that for this video he performed the composition of Michel Legrand – “Summer of 42”.

So, the new issue of Defiant with Polina Semionova, a ballerina who believes in love and, despite everything, remains herself.

P. S. “Dreams Come True” is a cliche phrase, but it is so sincere in this case. For meeting with Polina, I owe Karina Zhitkova, who was able to make this material possible, organize this difficult process and turn our dreams into reality. It was her photographs you saw in this article, and as far as I know, making photos with Polina was also her dream.

So do not be afraid to dream. Everything is possible. You just have to be prepared for the chance that destiny gives you! 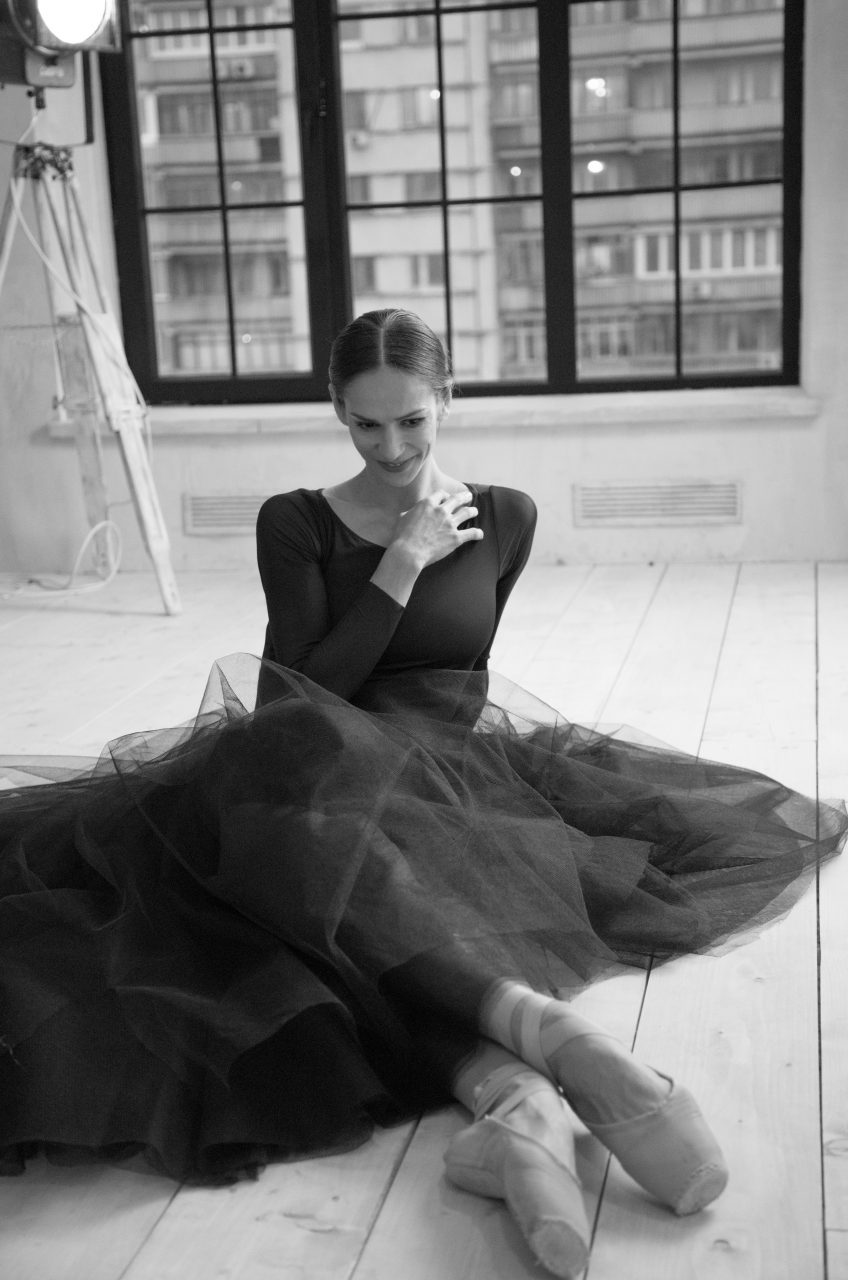