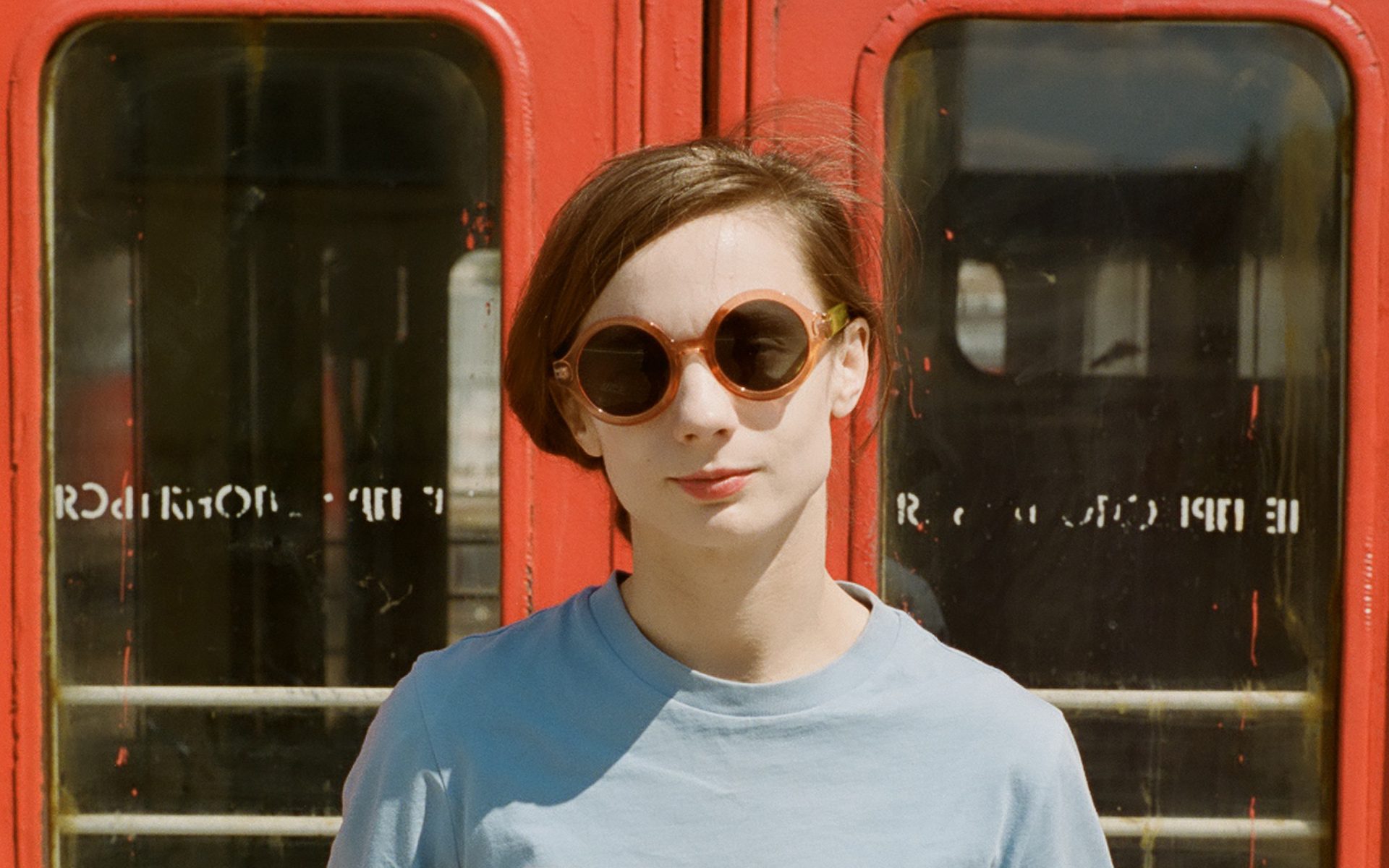 “Creativity for me has always been something like mutual admiration: we are inspired by different people throughout life, and we respond by creating something that might inspire someone else.”

I met Maria Kochetkova a year ago, but I think I’ve known her for all my ballet life. I, too, am of small stature and know firsthand how difficult it is to fight against the stereotypes in Russian ballet, how hard it is to get rid of the stigma of ballerina ingenue. For me, Maria Kochetkova has always been an example of a dancer for whom there are no conventions, she believes only in herself and does not look around. 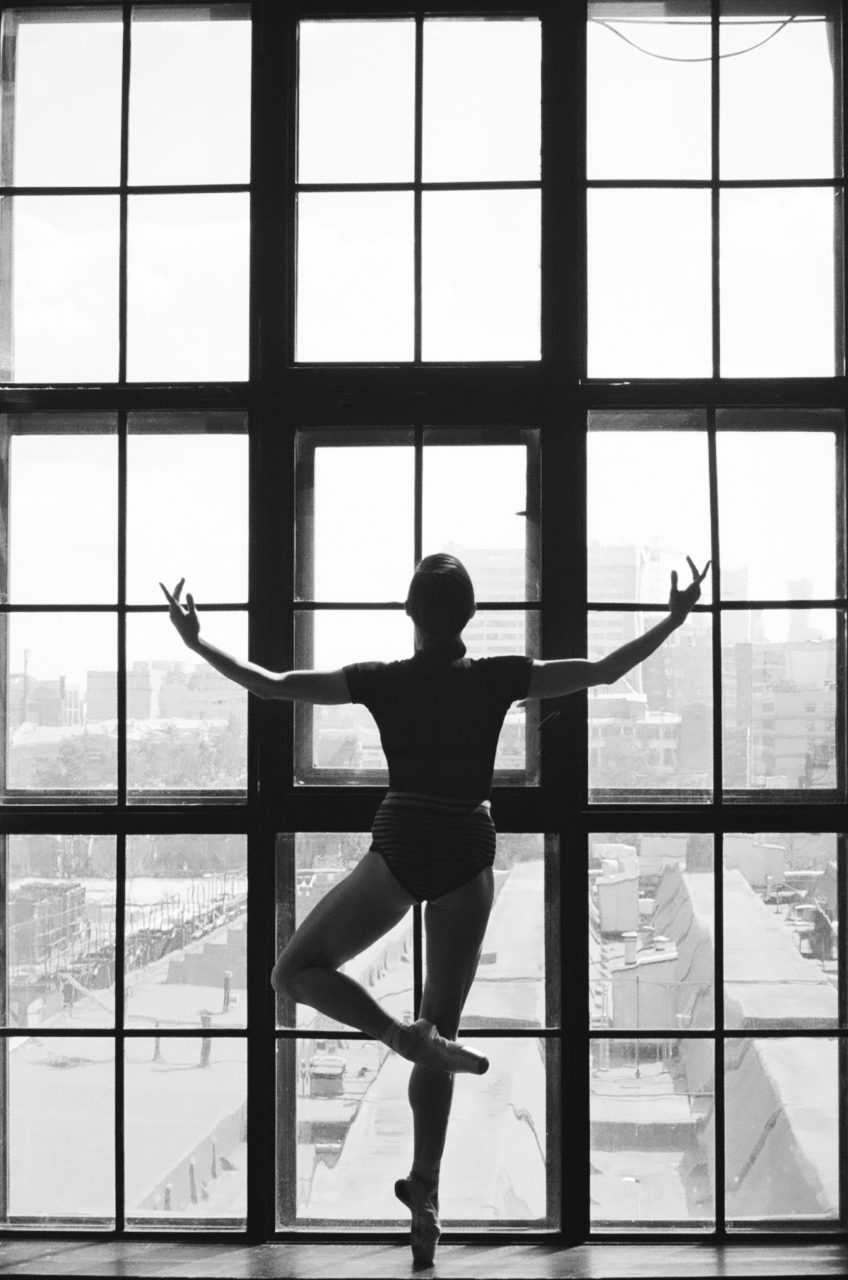 For the project, Maria chose the only native place for her in Moscow – the Savelovskiy Station district, next to which she lived before she left for USA. “For me, home is now in San Francisco, where I have lived for ten years, it’s comfortable, easy and I am familiar with everything there. When I come to Moscow, I do not really feel at home anymore. I have a sense of nostalgia and some memories: both pleasant and not so much” – says Masha, while we walk to the platform of the railway station.

Maria Kochetkova graduated from the Moscow Academy of Choreography in the so-called “star” year. Her classmates were Polina Semionova, Lyudmila Konovalova and Kristina Kretova.

From the early age, Maria began to fight for her place under the sun, and she was determined to get it. She build her career under the motto “in spite of everything” realising that there was no one else to count on, except herself. She began to act according to her own beliefs, which were not approved by many. For example, a trip to the prestigious competition Prix de Lausanne, where she was not allowed to compete by the school, but she went anyway and won an apprenticeship with The Royal Ballet in London.

Everything happens for a reason, this is absolutely certain. If I had stayed in Moscow, I would not have discovered my full potential. At first, I was very upset that I had to leave home because it had always been my dream to dance at The Bolshoi, but at the same time I was very excited for the new adventures ahead of me” – says Masha on her decision to leave Russia.

When you enter the ballet school at the age of 10, every student is unofficially signing a contract renouncing their freedom. The bodies of the future artists is are closely evaluated by the jury which is trying to predict whether they will become too fat, too tall, etc. in 15 years or so. Often in ballet, everything develops not the way it was planned: the promising girl in junior classes, can fail, and her place will be taken by a not so promising dancer, but the one that has character.

Masha, from the Russian ballet point of view, is not a perfect ballerina because of her small stature. The typical roles for ballerinas like this in Russia is Red Riding Hood in “The Sleeping Beauty”, and, if lucky, Marie in “The Nutcracker”. 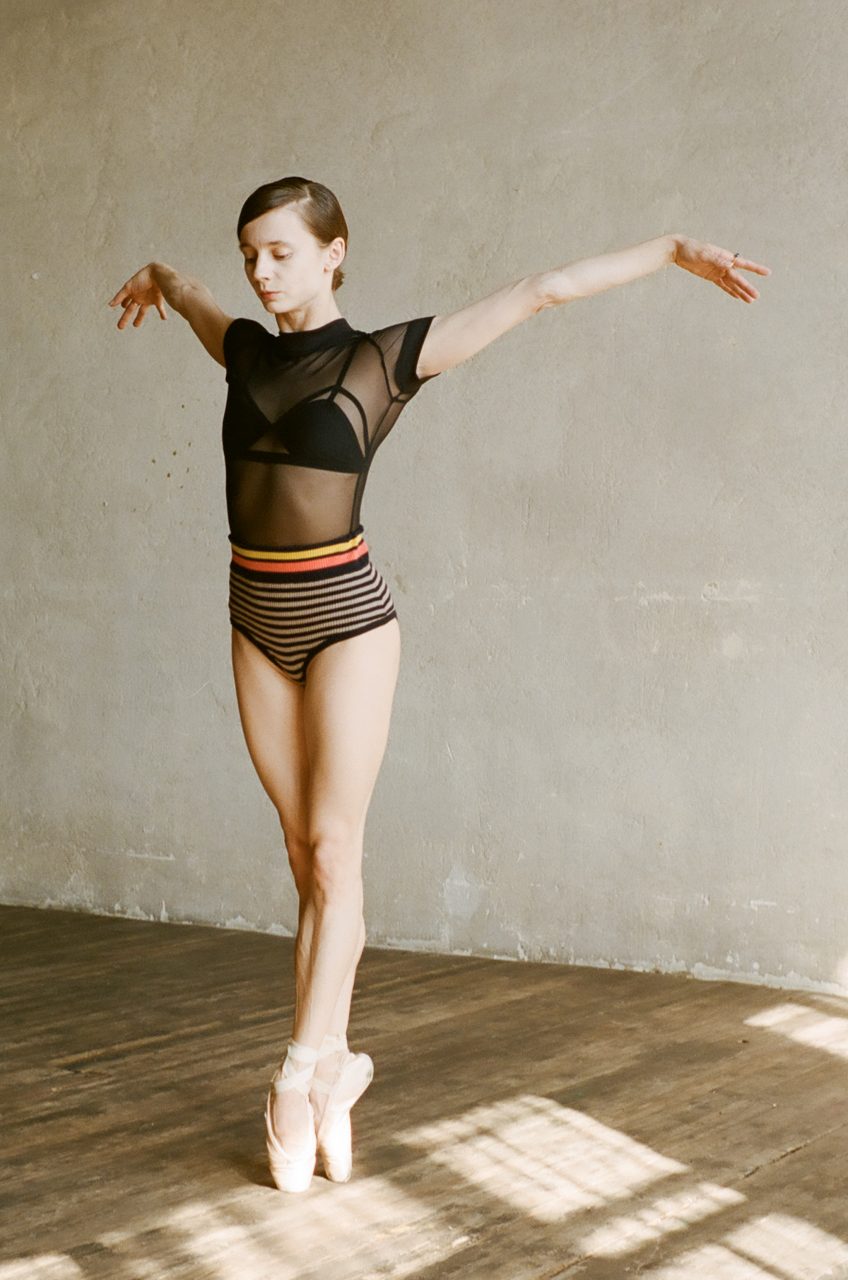 When I asked Masha about it, she said almost emotionlessly that she had never been bothered by her height. “I was upset that I was criticised as a dancer because of my height. It’s been challenging but it made me different and unique. Now I believe my height is my advantage. Ballet is not about height, it’s not about having talent or the ‘perfect body’. It’s about how smart you work with what you have. Dance is the expression of the soul and that is the most important for me. I want to see something beautiful and magical on stage. Something that can touch me and something that will make me think. Beauty to me doesn’t come from ‘the perfect line’, beauty comes from within.”

Maria’s contract was not renewed after her first season with the Royal Ballet. She joined English National Ballet where she had the opportunity to dance several leading roles, for example, Alice and Marie, who, from a dramatic point of view, are not at all considered to be a wide range. The career of the ballet dancer, like a comet, flies instantly, and the question of self-realisation is always extremely acute. Maria explains: “I wanted to try dancing new roles and creating new works with choreographers.” Masha had such an opportunity, and she was ready for it.
Artistic director of the San Francisco Ballet, Helgi Tomasson invited Maria to join the company as a prima ballerina and gave her freedom to dance the entire repertoire.
Today Maria Kochetkova is a bright representative of a new generation of ballerinas who are capable of dancing both classic and modern choreography. “Our Russian understanding of the role has exhausted itself, to me the ballerina of the 21st century is a ballerina who dances classical and modern, barefoot and in pointe shoes. Today she is expected to dance both “Swan Lake” and “Don Quixote”, as well as the choreographies of Balanchine and Forsythe. I am very lucky to get to work with people who respect me for my artistry and do not care about my height.”

A year ago Maria performed “La Bayadere” at the festival in the Kremlin Palace. Fearlessly stepping out onto the colossally huge stage in the role of Nikiya, she again challenged critics and the Russian audience. Earlier on the stage of the Mariinsky Theater, she introduced her Giselle. Regarding challenging roles, Masha says with love: “If dancers don’t work on something challenging and outside of their comfort zone, they cannot grow and develop artistically. Dance is a never-ending search and learning process.”

During the conversation with Maria, I got the impression that playing challenging roles is her credo. She is not afraid to try, does not rest on her laurels of fame, does not rivet the worn out pas de deux at gala concerts, but comes out in specially assigned numbers.

“You should always take risks if you want to achieve more.”

When you look at Masha’s performance, the first thing you notice is how natural and light it is. It is at the same time both reachable, and also absolutely cosmic. It’s cosmic in nature, perhaps, partly due to its appearance. She sits next to me in a blue dress with chamomiles, wearing a T-shirt of her own brand Koche-Kova, on her feet – sandals on the platform, and she tells that her appearance is a continuation of her nature, it is in this form she feels like herself. “We have such a harsh discipline at work, we are surrounded by images of fairies. My appearance is the splash of my soul, a continuation of my individuality. I wear what I want, and I do not even think about it.”

Maria believes that the greatest thing that happened to her in recent years was the meeting with Irina Kolpakova, with whom she works at the American Ballet Theater. 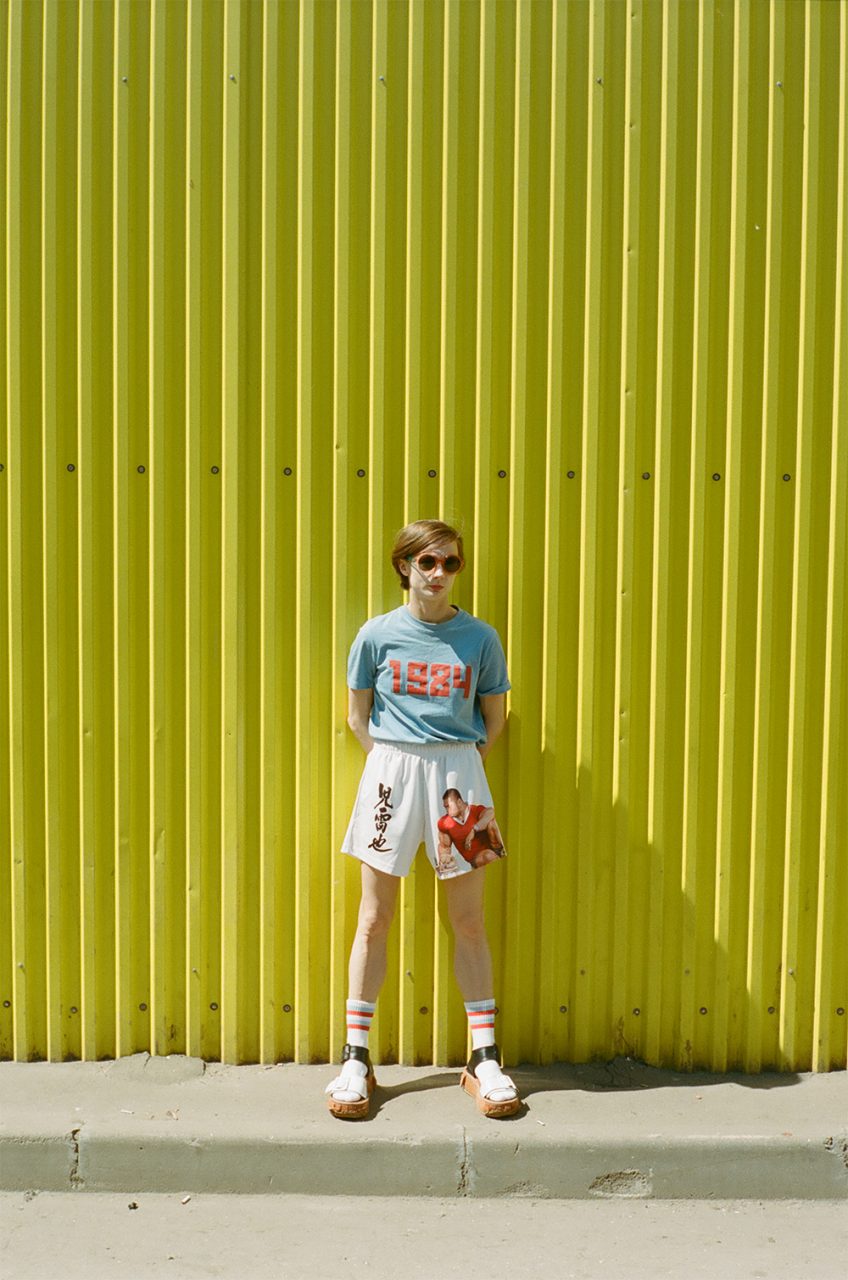 “Irina Kolpakova had a great influence on me as a dancer. She is one of the brightest Russian ballerinas. Irina pulled out so much from me, I did not realise my full potential until I met her. She prepared me for the most of the classical full-length ballets and even when I work alone in the studio wherever I am, her words are still in my head and I always think: “What would Irina say?” She truly is a big part of who I have become as a dancer.”

With the same gratitude, Masha talks about the freedom she has as a dancer. Not all artists are given the opportunity to travel and dance with companies around the world. Maria calls it luck, from the outside it seems that this is a well-deserved fruit of many years of hellish work. In any case, Masha’s secret of success is in smart work and a very realistic view of things. She obviously does not build illusions, she solves problems and through that achieves what she wants.

“You can only achieve things by developing yourself. I like people who are curious about movies, books and music. I believe you have to be interested in what’s happening around you, so that you can portray a character on stage. I always try to assume that the audience I dance for is much smarter and more knowledgeable than me.”

Today Maria Kochetkova is the real star of the world ballet, a welcome guest on the Russian stage, her life is followed by hundreds of thousands of people on Instagram and Twitter, Vogue writes about her, she is invited to appear in music videos by musicians. Her story inspires.

After filming the video, which is designed to put an end to our story, Maria left, but for a long time, I could not forget the power of the spirit that was in the studio that day. When this project was conceived, I suddenly heard in iTunes the song “Indigo” performed by Dana Sokolova. And instantly realized that this song was about Maria Kochetkova, who not only turned destiny on her side but also broke all borders, not allowing anyone to apply any filters and conventions when it comes to her.

“Every time I dance in Russia I am criticised for how short I am. I can not change my height but what I can do is to dance as big as anyone else.” 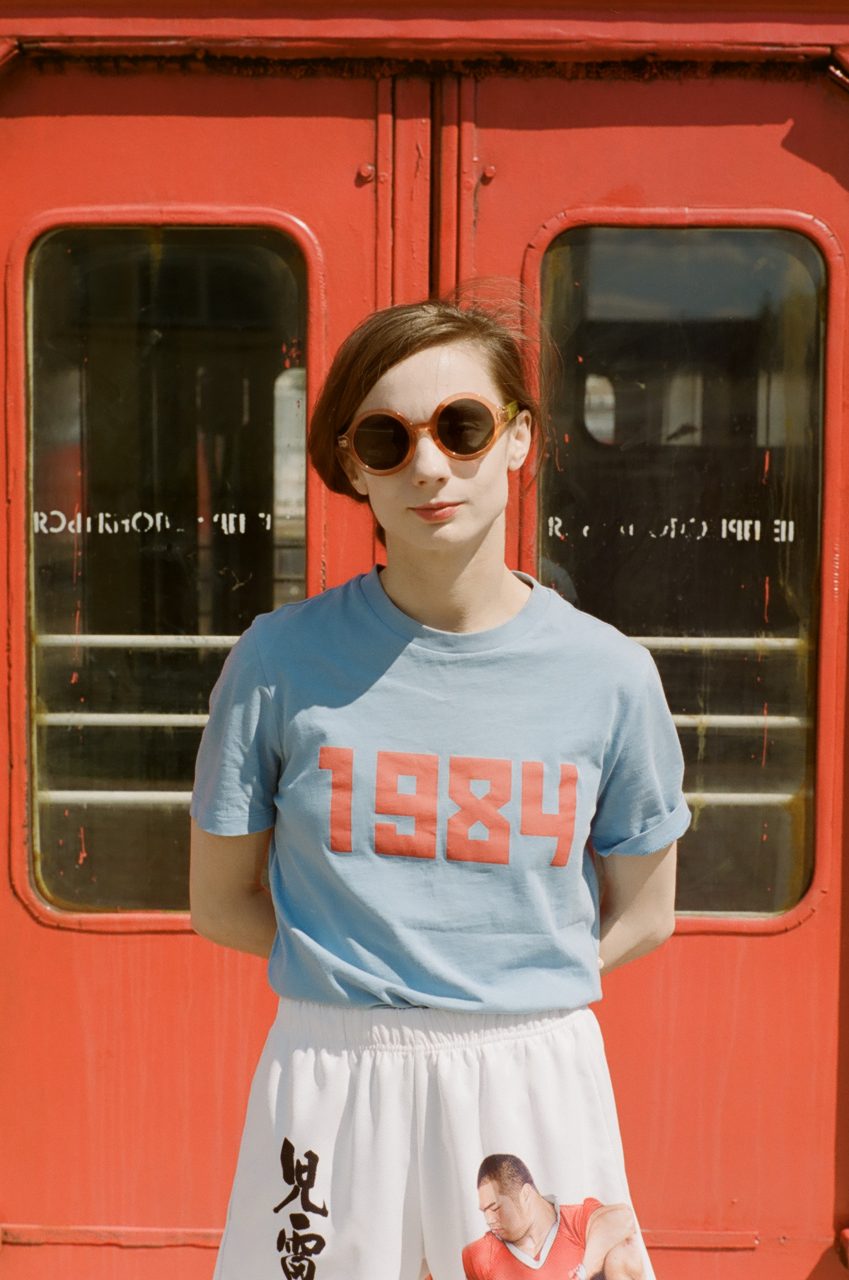